I currently work as a Software Engineering Resident for the GPU team at Pixar Animation Studios. I completed an MSE in Computer Graphics and Game Technology after completing a BSE in Digital Media Design from the University of Pennsylvania, with minors in Fine Arts and Mathematics.

I've previously interned with an Activision Central Tech graphics team, where I learned a lot about game engines, real-time graphics, and graphics profiling and debugging. I also helped integrate a new subdivision surfaces system into the Call of Duty renderer. I've also interned at the startup STRIVR, where I programmed VR software in Unity for immersive workplace communications training.

I’m interested in computer graphics, including but not limited to graphics software development, animation, rendering, proceduralism, and VR/AR. My current side project is teaching myself Houdini.

And, in my free time, I watch movies, read books, and draw pictures. 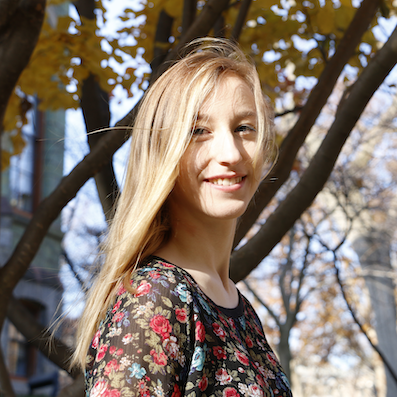